This is the first of a series of posts where I will be addressing the issue of extreme diets that Korean celebrity girl groups put themselves through and why they do more harm than good.

This first post will look at Kwon Yuri of Girls’ Generation (SNSD) which is one of Korea’s most popular girl groups. 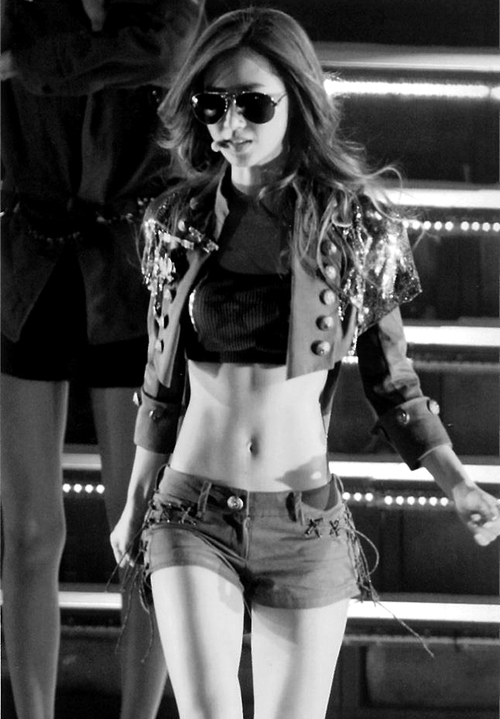 As you can see from the picture above Yuri has a physique envied by many a woman around the world and is particularly famous for her abs. Yuri’s trainer states that the secret behind her great abs is “A perfect diet followed by aerobic exercises”. An example of this “perfect” diet included seasonal vegetables, broccoli, brown rice and chicken breasts and the trainer also revealed that Yuri would do around 600 sit ups a day.

Where to begin with this diet and exercise regime.

Let’s start with the brown rice which, contrary to popular belief, is not better for you than white rice.

White rice has gotten a bad rep for being refined and brown rice has been celebrated for having a higher protein and fibre content. The truth is although white rice is refined, it is a very clean low toxin carb that will cause little inflammation to the brain and body when consumed – and when mixed with grass fed butter or MCT oil the way white rice is digested changes.

Eating white rice on its own would usually lead to an insulin spike followed by a crash leaving you feeling tired and, in the long term, gain weight. When eaten with grass fed butter or MCT oil the digestion of white rice is slowed and so the insulin response is blunted and you no longer get that spike in insulin which leads to weight gain and plays havoc with your energy levels.

The reason brown rice is so bad is because it actually contains a lot of mycotoxins due to its higher protein content. Due to the way it is stored and processed these mycotoxins multiply as they feed on the protein and when consumed have devastating effects on your brain and body by causing inflammation.

You might have also noticed that chicken is not part of Eat Clean the Train Smart Not Hard way. This is because unless the chicken is allowed to roam free and feed on bugs and worms and other things that it will naturally peck at, it will have the wrong fat profile. When a chicken is raised on feed its fat profile will contain high levels of mono and poly unsaturated fat. What we want is a chicken with a lot of saturated fat which is the type of fat your brain and body needs to function optimally and your body uses to create strong cell walls and hormones. Contrary to popular belief mono and poly unsaturated fat is quite toxic to the body and are not heart healthy, in fact they cause a lot of inflammation and damage to the body.

Next let’s address Yuri’s trainer’s exercise recommendations which were aerobic exercise and 600 sit ups a day. Training Smart Not Hard does not include any aerobic exercise. This is because aerobic exercise causes too much oxidative damage to the body. Train Smart Not Hard uses exercise as a tool to promote health and optimise hormone levels and recommends lifting heavy weights. Lifting heavy weights will boost hormone levels. Hormones are what dictate your body composition not exercise. As for the 600 sit ups, what a waste of time, spot reduction is a myth not to mention the strain you are putting on your neck and spine.

So to conclude it is my opinion that Yuri’s regime of “A perfect diet followed by aerobic exercise” is not the reason she has a good physique, but as with most diets it is due to a severe reduction in calories due to restrictive eating and over exercising. Not only is this not good as she is a busy celebrity who needs a lot of calories for energy to keep up with her busy schedule, it is also not good for her long term health. This is because as with all diets once you revert back to your old ways you will pile the weight back on. What is needed is not a short term change but a long term change in lifestyle. Yuri needs to Train Smart Not Hard. If she were to Train Smart Not Hard she would improve her hormonal profile which would positively affect her physical and mental health and she would be allowed to eat and get away with little exercise.