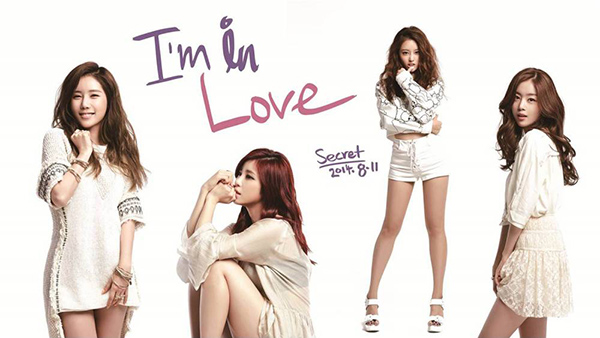 The sexy girls of SECRET have girls around the world envious of their beautiful bodies and have recently revealed how they maintain their slim figures.

What they revealed was not good.

Han Sunhwa stated: “When I don’t have a schedule, I do aerobic exercises for about an hour and a half on an empty stomach no matter what.”

Whoa! What?! That is not a good idea.

First of all aerobic exercise causes too much oxidative damage causing premature aging which no K-pop idol wants and secondly aerobic exercise is not the most effective way to burn fat contrary to popular belief. She is clearly not lacking motivation but is grossly misinformed.

Sunhwa would benefit more from anaerobic exercise such as sprinting or, shock horror, lifting weights.

Instead of an hour and a half of aerobic exercise as she describes, she could be done in 30 minutes if she chose to do sprints instead, which is a far more effective method of burning fat.

Lifting weights are also a better method of burning fat than aerobic exercise because of the greater Excess Post-exercise Oxygen Consumption (EPOC) or as Mike Chang calls it “afterburn”. This is where your muscles continue to consume oxygen after you have stopped working out and is far greater after anaerobic training than after aerobic training.

Hyosung followed this statement with the following: “I exercise like that only if I’ve gained weight. I only worry about it and exercise then.”

A statement like this encourages yoyo dieting which will only see weight come off and come back with a vengeance.

Consistency is the key and diet and exercise should be embraced as a lifestyle choice over the long run to maintain weight and more importantly health rather than adopted acutely to address minor fluctuations in weight.

Hana stated: “I eat what I want as much as I can for one meal and then do not eat any more meals.”

This is a very worrying habit and not sustainable. Eating like this would only promote more bad habits, such as snacking and probably poor food choices when it comes to said snacking.

She is better off embracing intermittent fasting and skipping her breakfast and then spreading her meals out the rest of the day which would keep her energised, satiated and prevent snacking.

This is an interesting statement by SECRET’s leader. Skipping breakfast is indeed a good practice and out of all the girls this statement disturbs me the least, but Ji Eun need not worry about the volume of food she eats for lunch and dinner but the quality of what she eats.

As long as she eats plenty of saturated fat, vegetables, good quality protein and limited carbohydrates, calories in versus calories out no longer becomes an issue as we are not machines and this over simplistic formula has no place.

As celebrities in the limelight their actions will be followed by many young girls around the world and I only wish they would be more informed about their diet and exercise habits not only for themselves but their fans around the world.