The second in a series of posts addressing the issue of extreme diets that Korean celebrity girl groups put themselves through and why they do more harm than good. 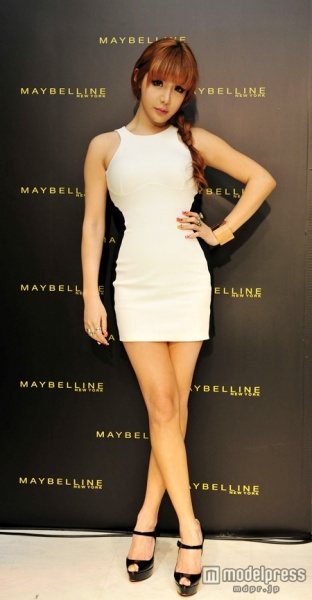 Park Bom is notorious for her fluctuating weight and there are many rumours surrounding what kind of diet plan she follows. Some of the rumours state that she is on a “Corn Diet”, “Lettuce Diet” or a “Watermelon Diet”.

This is of course preposterous, as a diet so skewed in one direction and completely unbalanced would cause severe health issues.

The other problem with these media rumours is that many people might start believing them and start following suit with the intention of losing weight only to find that it causes serious detriments to their health.

This is a nice idea and I applaud him for taking his clients preferences into consideration, but it is ultimately flawed and lacks knowledge of the effect of mycotoxins in nuts and the dangers of genetically modified products such as corn. Both of these issues can cause serious harm to both physical and mental health and should have been eliminated from her diet. GMO corn has been associated with tumors and cancer and nuts are full of saturated fat which is good, but are hard to store and spoil easily causing them to become toxic and more detrimental than beneficial to health.

Also, the idea of having five meals a day in the vein of keeping an individual satiated (full) and keep their metabolism up is flawed.

First off, if five meals spread out through the day is meant to help keep you metabolism up, then logic would dictate that those five meals eaten in one go would burn just as many calories as it would take the same amount of time to digest.

Bom would be better off skipping her breakfast and embracing intermittent fasting protocols which would regulate insulin levels, and increasing her saturated fat intake which would keep her satiated, as well as a whole host of other health benefits that come with giving your body what it craves, such as a better hormonal profile. Both of these factors ultimately dictate body composition.

There is no mention of exercise which is of concern. Bom could benefit from weight training, which many females are afraid will make them bulky or manly, but is scientifically impossible as females do not have enough testosterone to do so. Weight training would help her bone density which is extremely important in females and give her the strength that she needs in order to perform and help her hormonal profile, which I mentioned earlier is the ultimate deciding factor in how your body looks.

The most important thing that sticks out to me regarding Bom is the word “Diet”. This word suggests temporary change which is why Bom struggles to maintain her physique and we see her weight fluctuate so often. What Bom needs to do is embrace a lifestyle change and adopt long term positive habits.

Posted on March 6, 2014 by John Yung in Uncategorized

← Carb Back-loading: Have Your Cake and Eat It
K-Pop Celebrity Diets – SNSD →