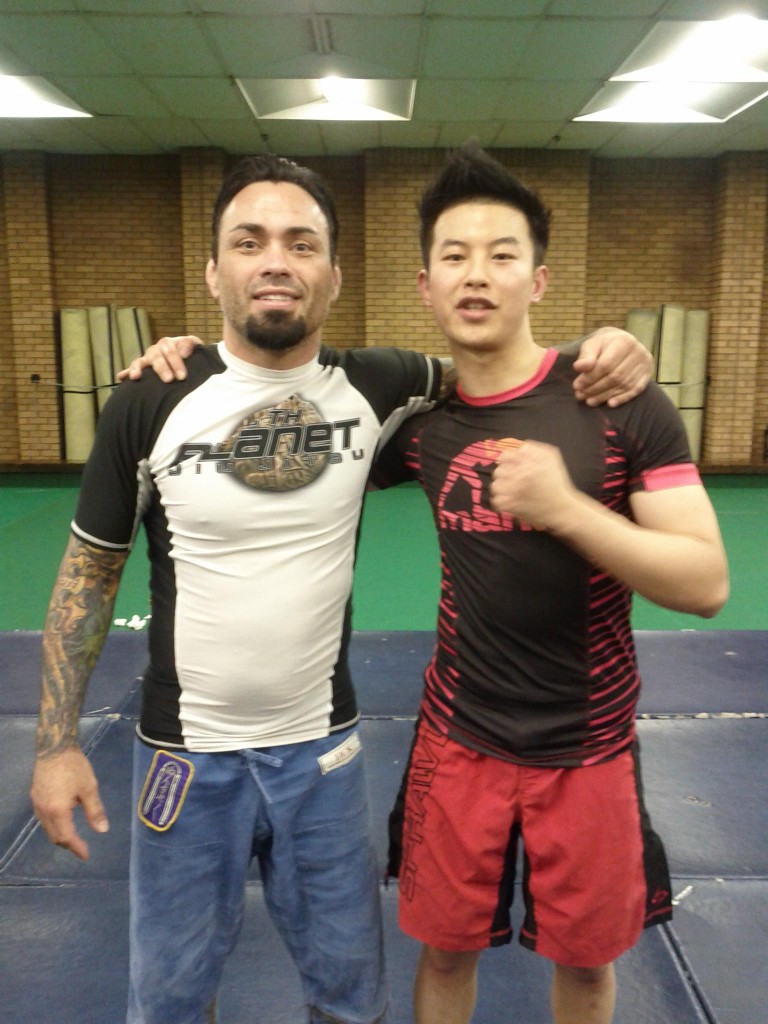 In 2013 I had the honour of training with a living legend who transformed the world of Jiu Jitsu, Eddie Bravo. Eddie is a legit black belt under another legend of Jiu Jitsu, Jean Jacques Machado. He made his name when he defeated Royler Gracie at ADCC in 2003, Royler had never lost a match up until that point. He then went on to found his own system of Jiu Jitsu known as 10th Planet Jiu Jitsu.Check out the video below of the epic match that changed the world of Jiu Jitsu!

It was one of my life’s wishes to meet and train with Eddie and I was not disappointed. He faces Royler Gracie again in a rematch on the 29th of March 2014. I absolutely cannot wait and will be rooting for Eddie all the way to prove all the doubters and haters once and for all that the first victory was not a fluke! Check out the promotional poster below. 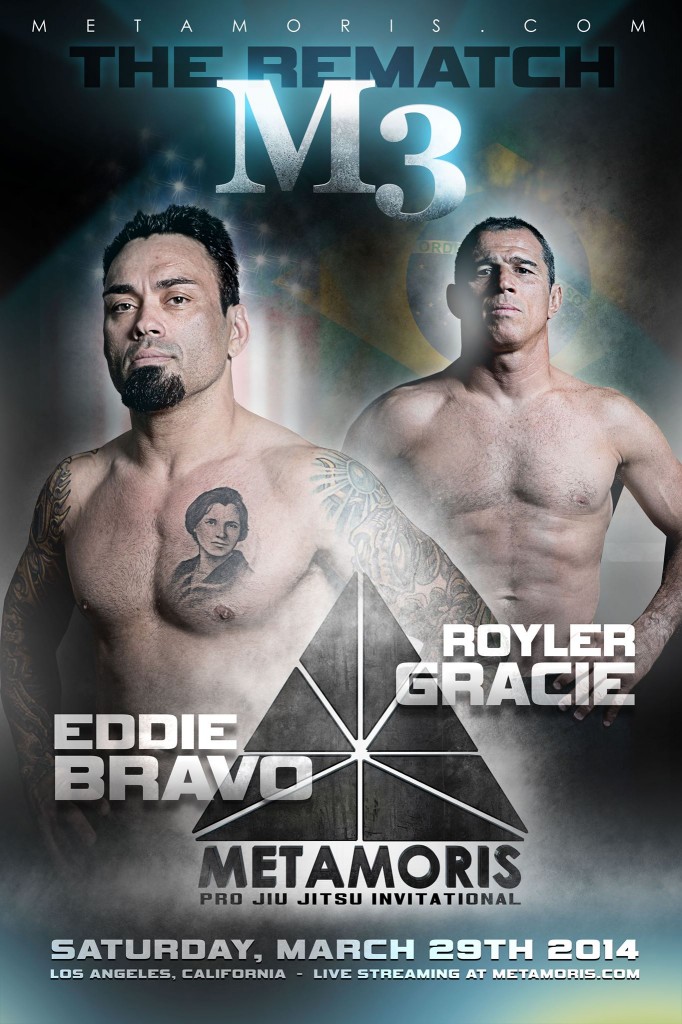 Do not forget to tune in. The world of Jiu Jitsu may never be the same again and you may witness history in the making. Osu~!